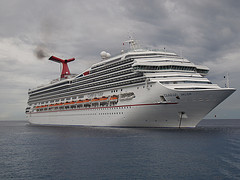 My family recently stopped at the Grand Cayman Cruise Port on a 5-day Western Caribbean cruise, which also included a stop in Ocho Rios, Jamaica.

After climbing the Dunn's River Falls in Jamaica, we decided to hit the beach in Grand Cayman. 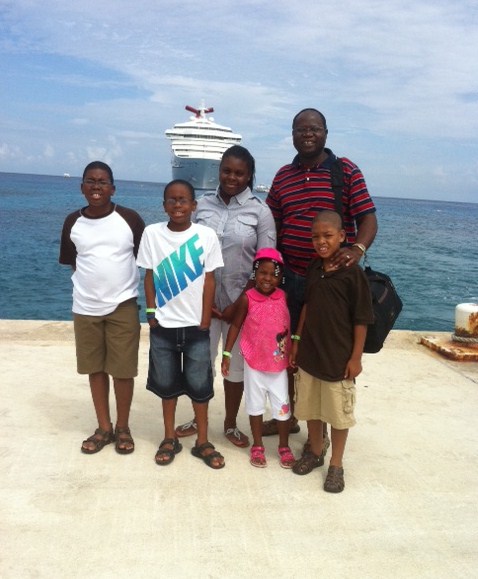 My Family Arrives in Grand Cayman


One immediate difference you will notice between the Grand Cayman Cruise Port and the Ocho Rios Port is that the latter has a long pier where the ship pulls up and allows you to get off the ship and onto "land".

In Grand Cayman, however, your ship will stop out at sea and you will ride a tender (a small boat) to shore.

It is not a long ride. 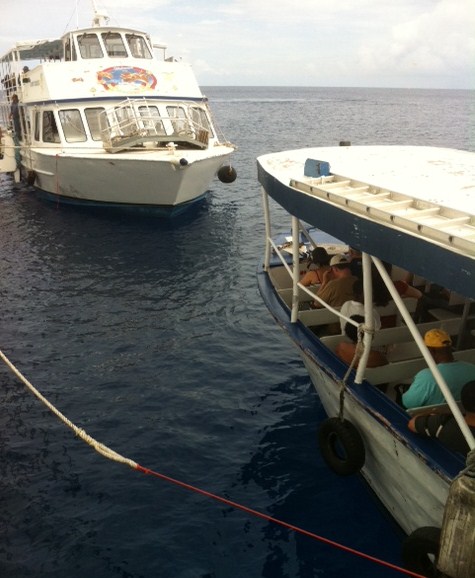 Getting on Tender to Grand Cayman Coast


Except for that immediate difference between the Ocho Rios Cruise Port and the George Town Cruise Port, Grand Cayman is very similar to Jamaica.

It is just as tropical - the trees, the people (natives from neighboring Caribbean islands live in the Cayman Islands) and the beaches are just as beautiful! 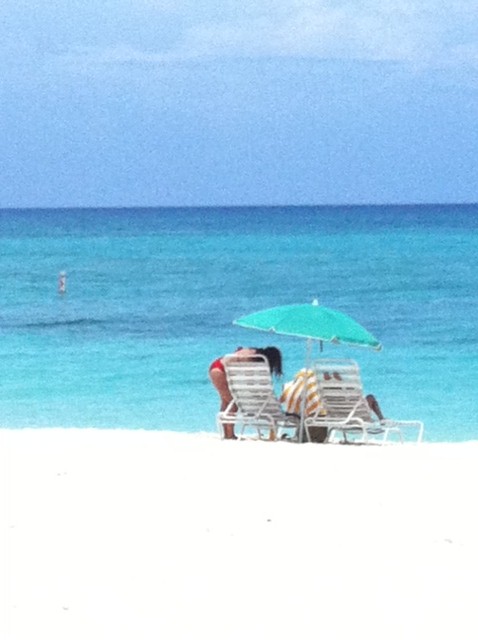 
Grand Cayman is very small island - 22 miles long and 8 miles wide - but it has made a name as the financial hotbed for multiple worldwide banks. You can find a branch of just about any multinational bank on this tiny island.

The Cayman Islands, which are comprised of Grand Cayman and two smaller islands - Little Cayman and Cayman Brac - are also known for scuba diving, impressive coral reef and reptiles. You can expect to find huge iguanas roaming the streets and elsewhere.

Beautiful for some people, but scary for others!

Anyway, as I mentioned before, our plan upon visiting the Grand Cayman Cruise Port was to hit the beach - the famous Seven Mile Beach of Grand Cayman.

I have a cousin living there, so I contacted him and he helped to get us to the public beach.

Some members of the group rode with my sister-in-law's friend - who also lives in Grand Cayman - while others took a taxi. 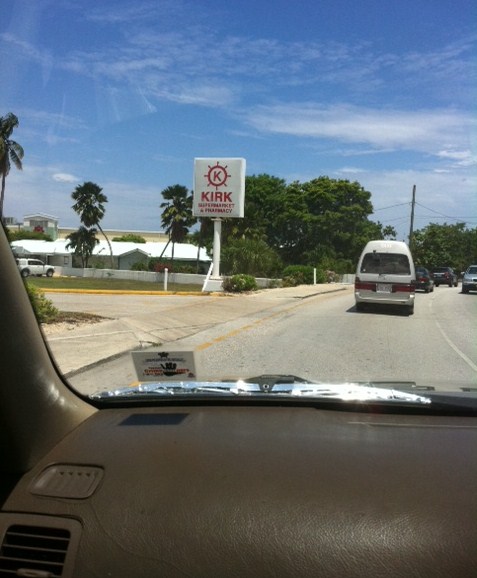 Getting To Seven Mile Beach From Grand Cayman Cruise Port

Upon getting off the tender and heading through the "gate", you will find many taxis parked outside with each driver trying to get you to use his/her vehicle.

One driver encouraged us to enter the beach using the Royal Palm entrance. As we discovered, this is a club on the beach, where there is said to be a lot of Caribbean-type action - music, dancing, and more.

The Royal Palm Club has great facilities, including bathrooms, beach chairs, umbrellas and a bar for your comfort.

The taxi fare to the Royal Palm beach entrance was just $6 per person round-trip. 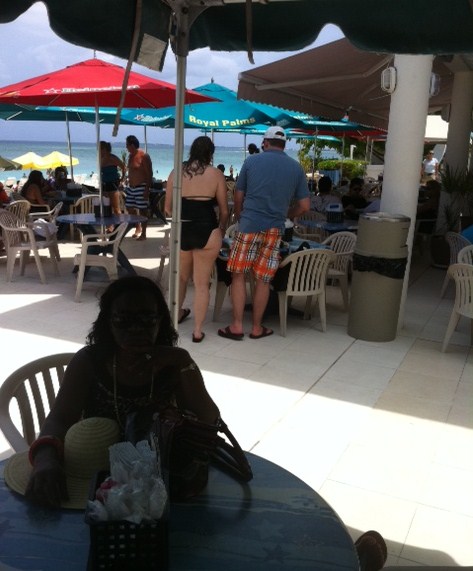 However, my cousin suggested that we stay away from the club entrance and use the public entrance to the Seven Mile Beach. We listened.

The taxi fare to the public entrance was $8 per person roundtrip, but the driver charged $6.

The public entrance was quite comfortable too. There were gazebos and bathrooms.

However, one had to rent a beach chair. We quickly seized a gazebo and did not have to rent anything. 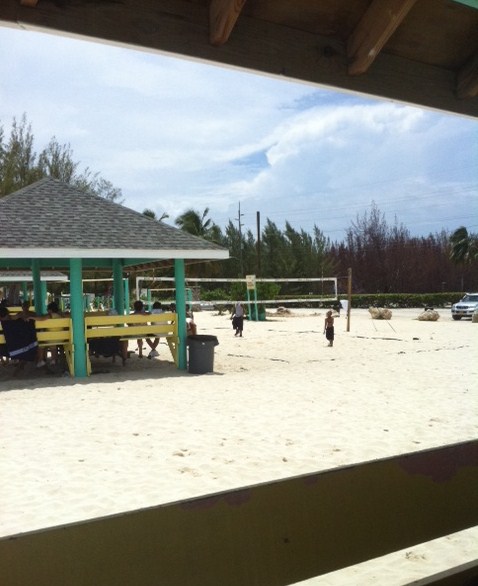 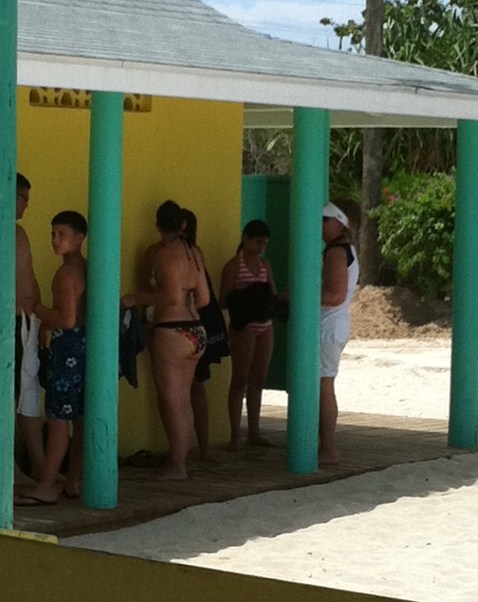 The rental requirement did not bother us. We were there for the beach and to the beach we went!

What beautiful water and white sand! What a wonderful time we had! 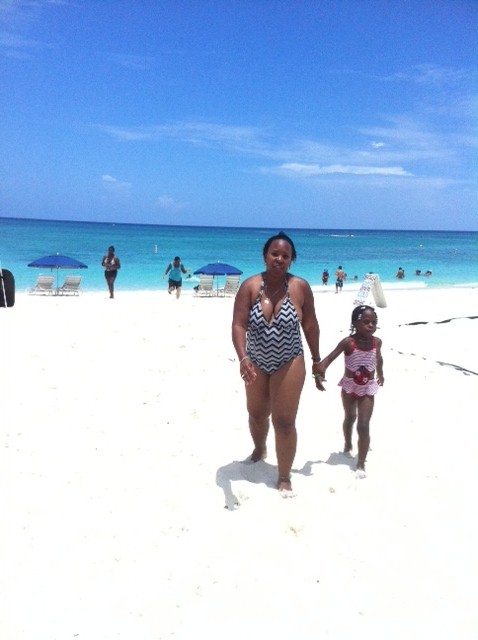 Wife & Daughter at the Beach 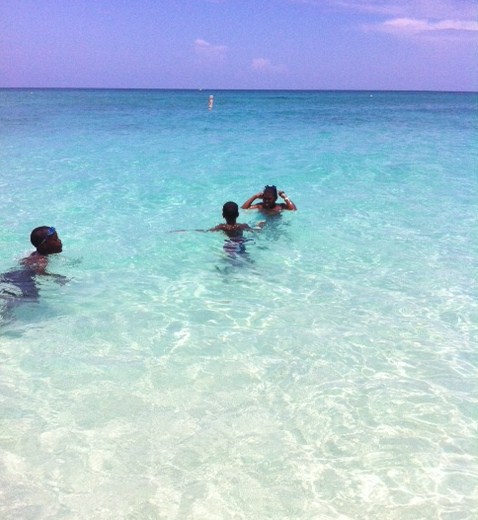 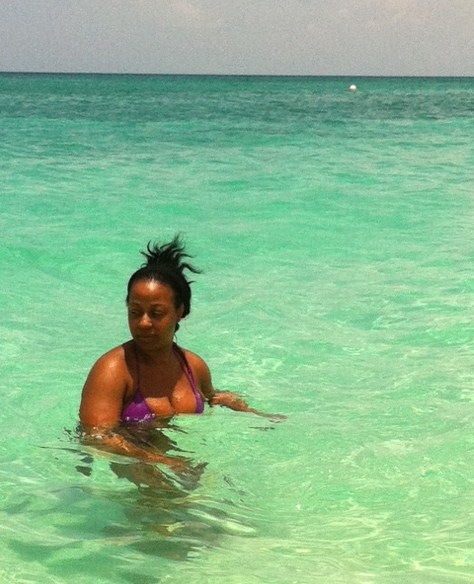 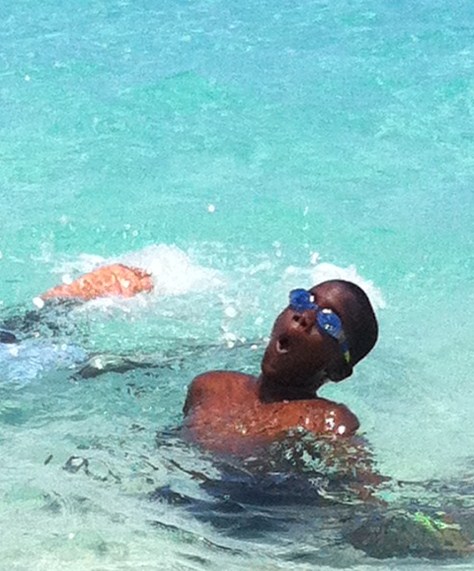 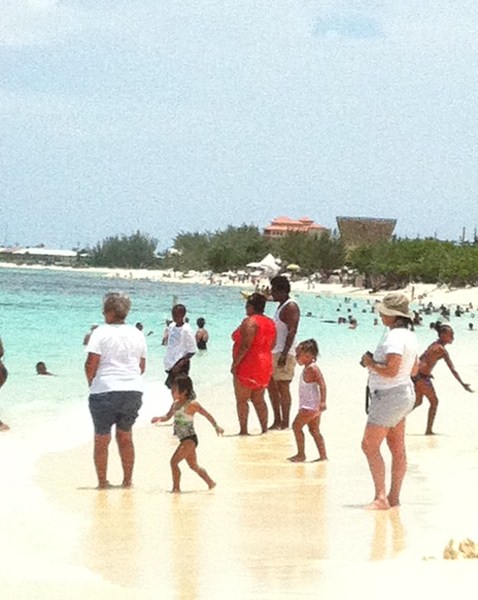 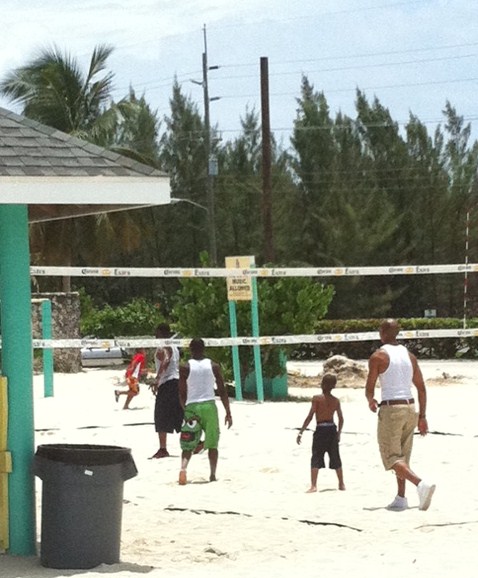 Yes, I know that I have spent quite some time talking about the beach.

However, I must hasten to point out that there are many other things to do in Grand Cayman. 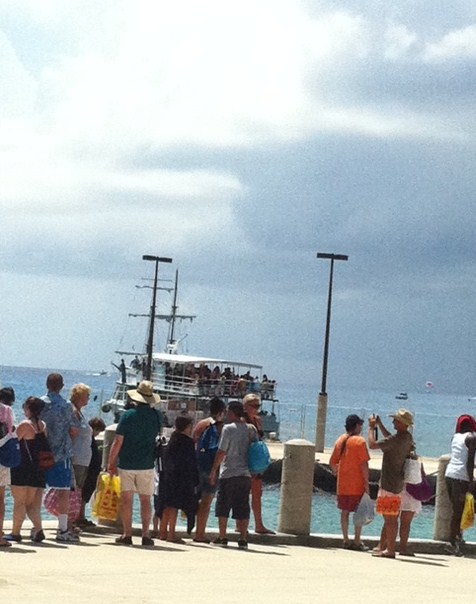 I did not notice many tour companies in Georgetown offering excursions to the cruise passengers.

That is a sure sign that it is best if you book your shore excursion at your ship's Excursion Desk.

Here are some shore excursion offerings with Carnival Cruise Line:

You get to explore the spectacular marine life of Grand Cayman, traveling in a spacious air-conditioned semi-submarine. View ghostly shipwrecks, coral reefs and much more! Your tour continues in an air-conditioned coach bus. See the only turtle farm in the world, the Governor's House, the famous Seven Mile Beach and much more!

Explore the only turtle farm in the world. Interact with turtles plus swim with marine and snorkel in the park's lagoon.

Grand Cayman is known for scuba diving and you can get your first lesson. Do not pass up the thrill of learning to scuba dive.

This excursion lasts 4 hours and is quite memorable. See the beauty of Grand Cayman in a 4x4 Jeep Wrangler Safari. Look out for the blue iguanas and other local wildlife. Your tour also includes a stop at the famous Tiki Beach and much more!

If in doubt, however, stick with your cruise line's offerings.

If shore excursions are not your thing, you may choose to go shopping in Grand Cayman instead. 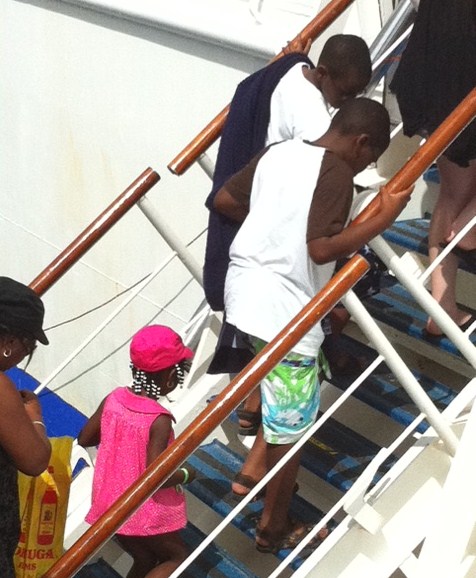 Are you ready to go?

The Grand Cayman Cruise Port, along with its accompanying attractions, will always welcome you.

And, whatever you choose to do,your family will have a great time in Grand Cayman via your inclusive Caribbean cruise.